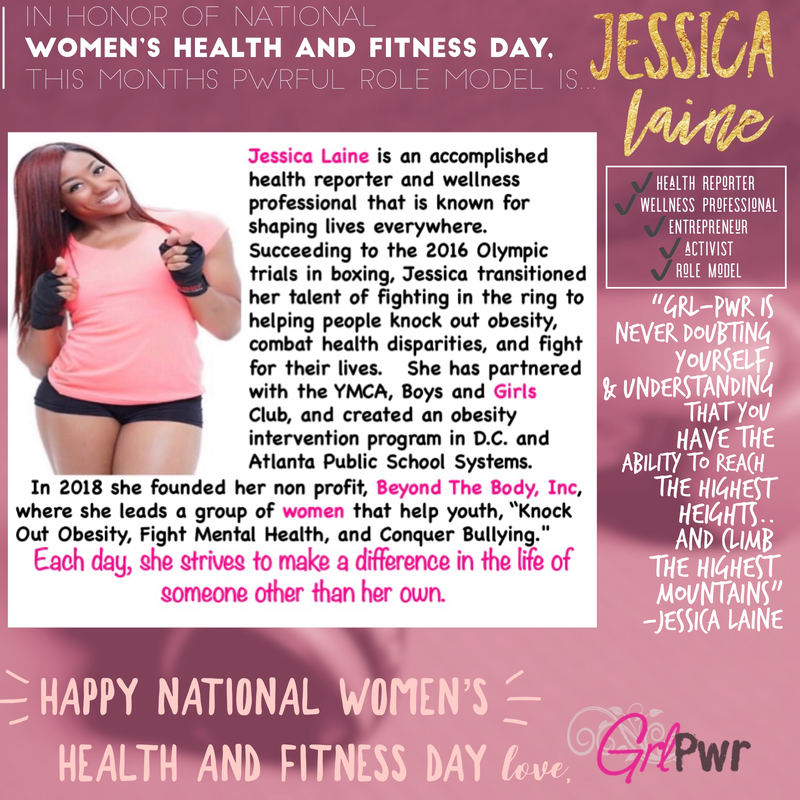 ​Jessica Laine is an accomplished health reporter and wellness professional that is known for shaping lives everywhere. Succeeding to the 2016 Olympic trials in boxing, Jessica transitioned her talent of fighting in the ring to helping people knock out obesity, combat health disparities, and fight for their lives.

With national recognition on television networks including FOX, CBS, ABC, and NBC, Jessica has created a fitness empire that is suitable for everyone.

Today, she is a health reporter for FOX Sports Radio, boxing correspondent for NBC’s 11Alive: Born to Compete, and health editor for RollingOut Magazine.

She has worked with NFL Athletes, celebrities, and headlined as a top trainer for the Women’s Health and Fitness Expo of Atlanta, and Washington D.C.
While she is accomplished, her best work yields bettering the community. Jessica has worked with Michelle Obama’s campaign. Partnership for America: Building a Healthier Future, and has implemented various health initiatives within the community in local schools and organizations.

She has partnered with the YMCA, Boys and Girls Club, and created an obesity intervention program in D.C. and Atlanta Public School Systems.  In 2018 she founded her non profit, Beyond The Body, Inc, where she leads a group of women that help youth, “Knock Out Obesity, Fight Mental Health, and Conquer Bullying."

Each day she strives to make a difference in the life of someone other than her own.